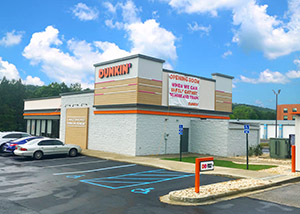 Dunkin’ will be opening its second Birmingham location along Lakeshore Parkway at 300 Commons Drive, on June 9th.

Harbert Retail’s Casey Howard and Lacey Scott represented the Dunkin’ franchisee, Bluemont Group, in the lease for the 3,610sf doughnut and coffee store, which will have a new modern design and in-store innovations, including a cold beverage tap system and Dunkin’ on Demand digital kiosk where customers can order on their own. A mobile pickup area will be available for app orders, and a digital order status board enables order tracking.

Bluemont Group has been in operation since 2008 and is one of the leading Dunkin’ franchisees in the country, recently winning Dunkin’s prestigious, “National Developer of the Year” award in 2018. Since their inception, the group has grown extensively from just a few stores to owning and operating over 40 stores throughout the Southeast. The group as a whole has over 60 years of combined real estate, equity management, and franchise operations experience.

Casey Howard stated, “while Covid had slowed a lot of restaurants over the past few months, Dunkin’ kept going strong and we’re excited for them to open their second successful Birmingham store. The Lakeshore Parkway retail corridor has seen a significant amount of new growth in this market over the past 12 months with the addition of Conn’s Home Plus, Cookout, Bio Life, Holiday Inn Express, Premiere Cinemas and several others, in addition to other new developments underway like the Dobbins Group apartment project. ” 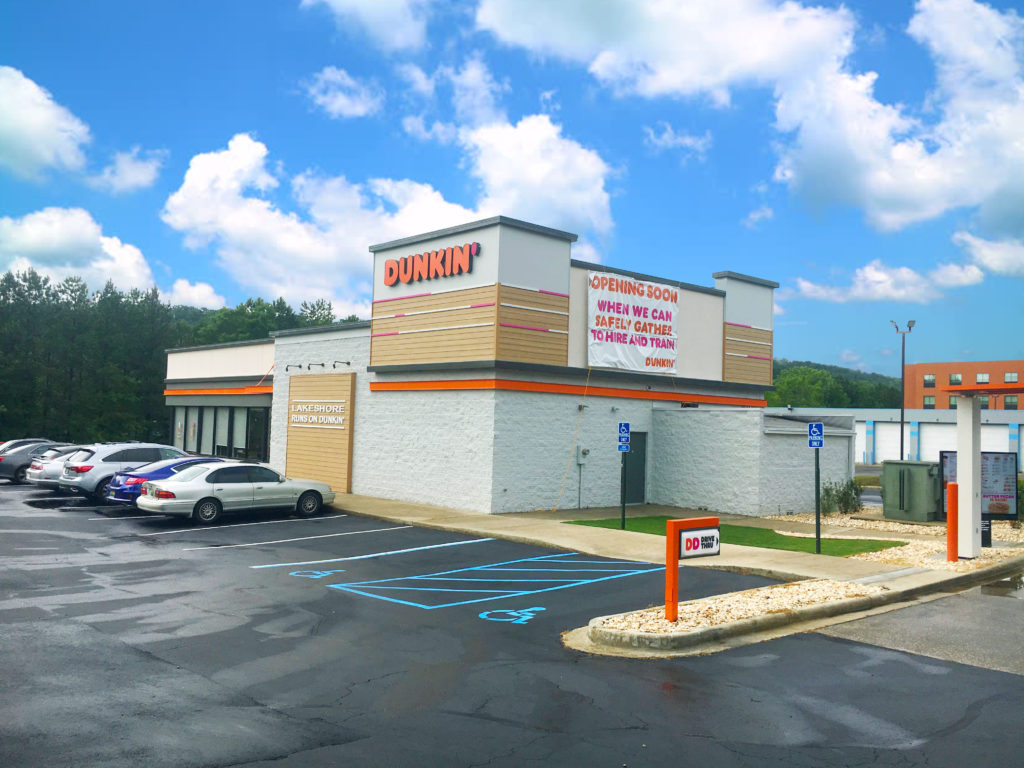